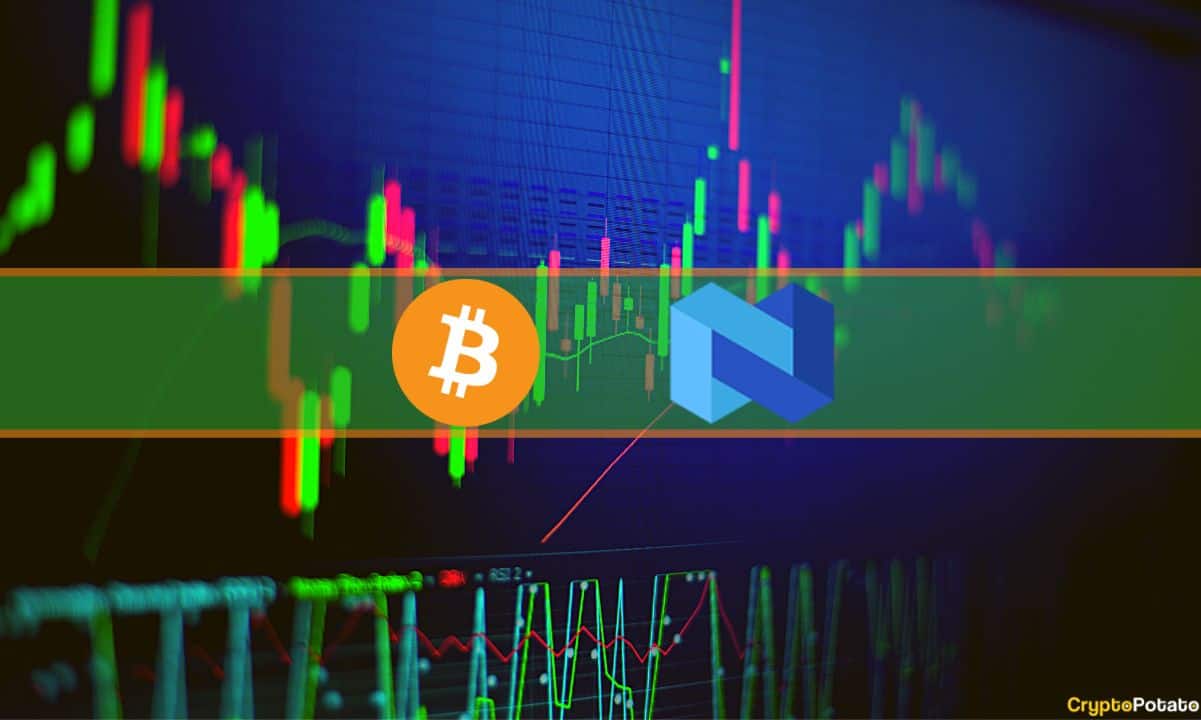 Bitcoin continues to trade in a tight range of around $21,000 following yesterday’s enhanced volatility, with the asset standing just inches away from that line.

Most altcoins are slightly in the green today, with XMR and Apecoin being the best performers from the larger caps. NEXO is up by double digits from the lower-cap alts after the recent settlement between the crypto lender and US authorities.

Bitcoin’s 2023 has started on a positive note, following the violent 2022, and the cryptocurrency finally reclaimed $17,000 after weeks of struggling below that level.

This turned out to be the breakout moment the asset needed as it went on a roll in the next several days. This resulted in skyrocketing above $21,000 last Saturday for the first time in about two months.

After a relatively quiet rest of the weekend, BTC went on the offensive at the start of the working week once again. This resulted in exceeding $21,600 to make its highest price tag since September.

The bears intercepted the move and pushed bitcoin south by several hundred dollars. Since then, BTC has been unable to decisively overcome $21,000 once again and currently sits inches away from it. Nevertheless, there’re now multiple on-chain signs suggesting the start of a new bull market.

BTC’s market cap has remained above $400 billion, and its dominance over the alts sits tight at 41.4%.

One of the largest cryptocurrency lenders – Nexo – who has been frequently in the news lately, reached a settlement with the SEC and NASAA, agreeing to pay $45 million in fines for breaking local securities laws. Interestingly, this had a positive effect on the native token’s price, which is up by 12% in the past 24 hours.

XMR, HBAR, and APE are next in line in terms of daily gains, all of which have added up to 7.5%.

The larger-cap altcoins are calmer, but most are still in the green. Ethereum is back to $1,550 following a 1.5% daily increase. Ripple, Cardano, Polygon, OKB, Polkadot, Shiba Inu, Litecoin, and Tron have increased by somewhere between 1-3%.

Binance Coin, which recently went through its 22nd scheduled token burn, is among the few alts in the red.

The cumulative market cap of all crypto assets has added $10 billion daily and is up to $975 billion on CMC.