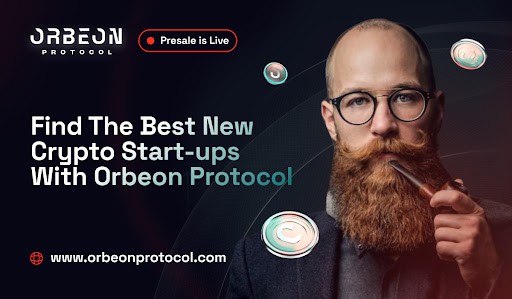 A newly added phase 4 of the presale commences as over 8 million tokens are sold in 24hrs.

Orbeon Protocol (ORBN) is a decentralized investment platform that will allow everyday investors to purchase tokens from various web2 and web3 early-stage projects. Orbeon Protocol includes an inbuilt wallet, an on-ramp for fiat, and more. However, the project’s key feature is its issuance of equity-backed NFTs, with the aim of simplifying the process of participating in startup funding.

These fractionalized NFTs function as a form of investment in the startup, allowing everyday investors to support previously-inaccessible projects with as little as $1 while startups can raise capital more efficiently than ever before.

Orbeon protocol (ORBN)’s VC challenger model has proved popular with investors, as their presale sold out several days ahead of time.

Initially 40% of the total amount of tokens were available for purchase in the presale. The Orbeon Protocol team report that they are “way ahead of schedule” for their development goals and roadmap, and that their socials are growing fast. Additionally the team plans to show previews over the coming days, demoing their interface and other features on the platform.

With this in mind, and at the request of investors, the team have decided to release 13% more of the total supply of tokens, at a discount to the launch price. The extra tokens are available for both investors who participated in the presale, and those who did not.

Venture capitalism accounted for 31 billion dollars of crypto funding in 2022, according to The Block’s report. (A database of VC deals, mergers and acquisitions, investors and crypto companies). This data suggests that the web3 spaces of crypto including DeFi, metaverse, gaming and NFTs seem set to continue attracting investors.

“Venture Capital has been a major driving force behind the rapid development of digital assets. In the last six years alone, over 6,000 VC deals were closed,” said Deng Chao, CEO of HashKey Capital.

Orbeon Protocol’s crowdfunding model means that ordinary investors can also participate in deals that the public do not normally have access to. This may have positive impacts for the wider crypto industry according to Justin Giudici, co-founder of Telos and CEO of Infinitybloc. “The VC-dominated crypto funding model needs a reboot. Venture capital firms have a tendency to dump tokens and collapse prices. Community-based funding models could fix the problem.”

ORBN, the native token of Orbeon protocol, launches on Uniswap in February. Holders of ORBN are granted bonuses like staking rewards, project governance rights, early access to funding rounds and much more. Having already risen from $0.004 to $0.06 over the course of its previous presale stages, ORBN is certainly poised to thrive well into 2023.

Orbeon protocol is one of the world’s first crypto crowdfunding platforms, that enables users to fractionally invest in some of the most exciting and promising early-stage businesses.

Find Out More About The Orbeon Protocol Presale